Want to Boost Your Portfolio? 3 Reasons to Bet on MGM Stock.


Like many companies, MGM Resorts International (MGM 1.16%) hasn’t escaped the 2022 bear market, which has sent its stock price down 21% year to date. While the declines help to price in near-term macroeconomic challenges, investors shouldn’t lose sight of the big picture. Here are three reasons the casino operator looks poised for long-term success.

1. Las Vegas is roaring back to life

Tourism was hit hard by the pandemic, with nations enacting lockdowns and movement restrictions to slow the spread of the virus. But some jurisdictions are bouncing back faster than others.

In the third quarter, MGM’s net revenue grew 26% year over year to $3.4 billion based on continued strength on the Las Vegas strip, where the company’s sales jumped 67% against the prior-year period. 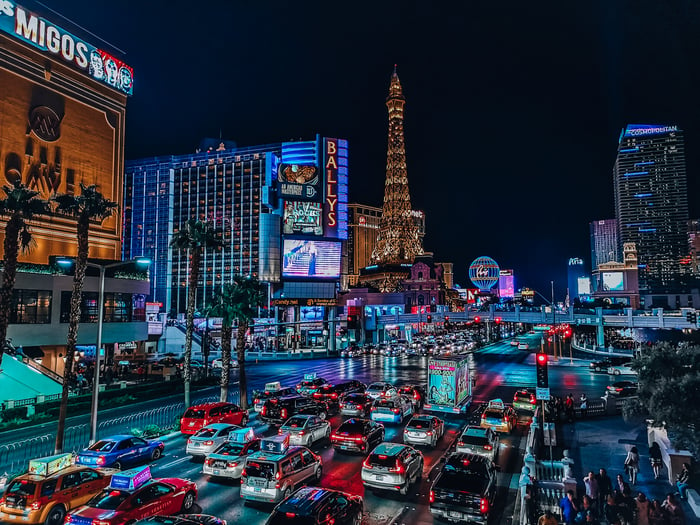 With $2.3 billion in quarterly revenue, MGM’s Las Vegas segment has far surpassed the $1.5 billion generated during this time in 2019, before the pandemic. Demand seems to have permanently increased. And MGM’s iconic properties, such as the Bellagio and recently acquired Cosmopolitan, help it stay relevant in the city. Success in this crucial gambling city will help make up for continued weakness in MGM’s other segments.

Its regional casinos grew by a modest 5% to $974 million. And the company’s Chinese segment declined by 70% to $87 million because of harsh COVID-19 restrictions in Macau. While strength in Las Vegas makes up for the weakness elsewhere, MGM is slowly losing its geographic diversification, which could make its business less resilient to external challenges. But management has a solution.

In September 2021, MGM Resorts announced its selection (along with its joint-venture partner Orix) as the regional resort partner for the Japanese city of Osaka, which recently legalized gambling. The company plans to build an integrated casino resort in the city, and the impacts could be massive. According to MGM Japan’s CEO, Ed Bowers, the project could generate tax inflows of around $775 million to Osaka, which suggests an even bigger paycheck for MGM and its joint-venture partner.

MGM has already submitted a development plan for the $10 billion resort and expects to receive an integrated resort license this year. If approved, the company expects to open in the second half of the decade.

In the nearer term, online gambling/sports betting also offers much-needed diversification and growth. The company’s app, BetMGM, is the market leader in U.S. iGaming with a market share of almost 30%. And it is in third place in sports betting with a share of around 22%. BetMGM is a 50/50 joint venture with the British company Entain, and it expects full-year net revenue of $1.3 billion in 2022 and positive earnings before interest, taxes, depreciation, and amortization (EBITDA) in 2023.

With its reliance on consumer confidence, the casino industry is not without its risks. And macroeconomic challenges like a possible recession could be a headwind in the near term. That said, MGM’s stock price decline in 2022 seems to at least partly price in this possibility.

Over the long term, MGM looks poised to continue dominating Las Vegas. And its respected brand will help it diversify its business online and in new jurisdictions like Japan. Shares look poised for sustainable growth.

Read More: Want to Boost Your Portfolio? 3 Reasons to Bet on MGM Stock.

US natural gas will be expensive this winter. Blame exports.

Featuring MediaTek, Nordic Semiconductors, Microchip Technology and Synopsys Among Others

4 Low-Beta Tech Stocks to Hedge Against the Volatile Market – December 5, 2022

FTX fiasco one of the most egregious cases of ‘gross negligence,’ says…

15 Most Famous Investment Gurus of All Time