Rallies to Continue the Consolidation


Yes, there is almost always some type of bullish narrative out there, but just because Wall Street desperately needs the Federal Reserve to start loosening monetary policy does not mean it’s going to happen.

Friday will be a shortened trading session, so quite frankly it’s probably something that’s best avoided, although there is still a lot that we can infer from the charts themselves. We are currently between the 50 and the 200-Day EMA, which means that we might be during a bit of a squeeze. If we do break out of this area, then I would anticipate seeing a bit of a push in one direction or the other. If we can break the 200-Day EMA, we could very well see the S&P 500 run toward the 4100 level. On the other hand, if we break down below the 50-Day EMA, we could start falling toward the lows again, meaning we could drop as much as the 3600 level.

Because of this, I think you have a situation where we are going to have volatility pick up sooner or later, and even though we’ve had a nice run higher, we have seen a correction like this previously this year, which runs quite along with the narrative of bear market bounces. Yes, there is almost always some type of bullish narrative out there, but just because Wall Street desperately needs the Federal Reserve to start loosening monetary policy does not mean it’s going to happen.

After all, the underlying economy is suffering from massive inflation, and that is a much bigger concern to the Federal Reserve than stock prices. In fact, they want to drive down the idea of wealth, meaning that they have no problems whatsoever with the destruction of asset prices. With this being the case, I think it’s all a matter of time before we get some type of selloff, but it’s obviously not happening right now. 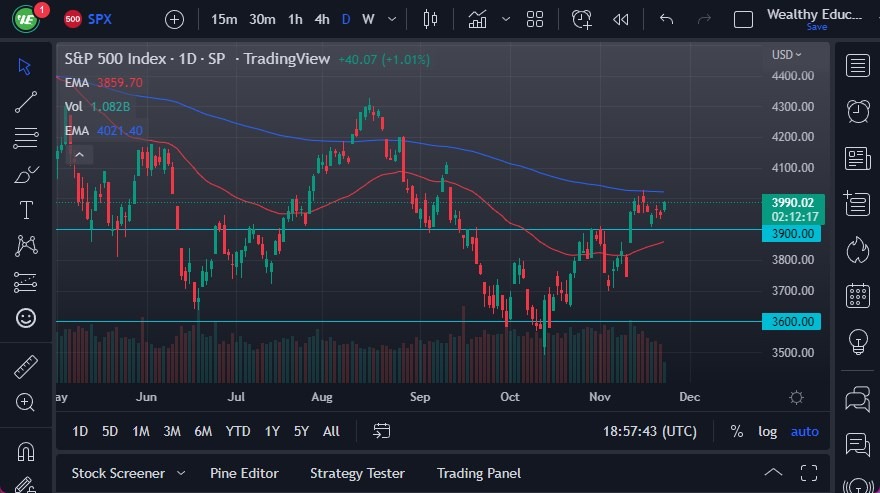 Ready to trade our S&P 500 Index market analysis? Here are some excellent CFD brokers to choose from.