Woman stole credit cards, was ‘using them like crazy’


TEXARKANA, Texas — The search is on for a local woman accused of stealing credit cards from a local business racking up more than $4,000 in purchases.

Jennifer Sines, 41, is wanted on a felony warrant for credit card abuse, according to information from Texarkana Texas Police Department.

“A local company noticed several odd charges on some of their credit cards in early October. When they started to check into them, they discovered that the credit cards themselves were all missing from where they were kept in the business’ office,” according to police.

Employees did not know when or how the cards were stolen, but whoever had them was “using them like crazy,” police said.

A break in the case came when an employee secretly photographed a woman attempting to make a purchase with one of the cards at the business. Employees also gathered information on the vehicle the woman was driving.

“Officers found her vehicle parked at a nearby hotel and eventually were able to trace it back to Sines,” police reported.

Detective Warren Smith spent weeks following up on the evidence, which police said pointed directly to Sines as the suspect.

“He’s been able to show that she used these stolen cards to make over $4,000 in purchases at area businesses,” police reported.

“She probably knows that we’re on to her and has been laying low,” police said. 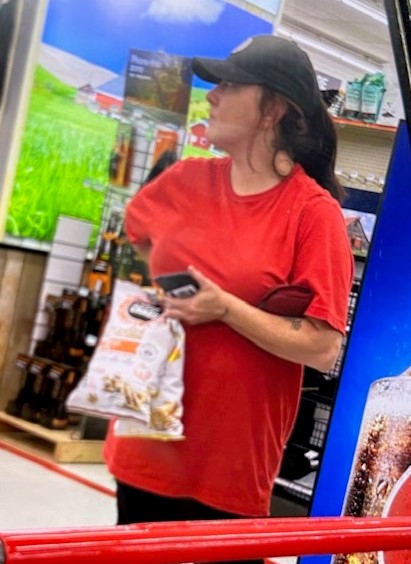 Texarkana Texas Police Department is looking for this woman, whom they have identified as Jennifer Sines. The photo reportedly was taken by an employee as Sines allegedly attempted to use a credit card stolen from the business to make a purchase. (Submitted photo)

On One-Time Lumpsum Pension Payouts, A Clarification From Government

Blame lockdowns for drug shortage, credit Walker for conceding and other commentary

What Does a Risk Analysis Say About Datarius Credit (DTRC) Tuesday?

‘This guy grifted me hard’: My date chose an exclusive L.A. restaurant. After dinner,…