YouTube is ramping up its push into ecommerce by introducing shopping features to the world’s biggest videos site, seeking to diversify revenue streams during a slowdown in digital advertising.

The platform, a division of Google parent Alphabet, has introduced the new function to Shorts, YouTube’s short-form video offering that was launched in 2020 to compete against the popularity of fast-growing rival TikTok. This will mean users will be able to buy products as they scroll through videos.

YouTube is also testing new commission schemes for influencers who sell products through links in videos, as it battles to hold on to its so-called creators — users who make content on YouTube — against fierce competition from rivals.

“Our goal is to focus on the best monetisation opportunities for creators in the market,” Michael Martin, YouTube Shopping’s general manager, told the Financial Times in his first interview since joining the company six months ago.

YouTube’s expansion of its shopping features comes as tech groups rush to diversify their revenue streams in response to a slowing economy and a depressed digital advertising market.

Rivals including Meta and TikTok have also entered the so-called social commerce market over the past few years, where consumers purchase products on social networks, as they bet on it becoming the future of shopping.

Globally, the market is expected to grow to more than $2tn by 2025, but has so far had the most success in China where consumers spent $352bn on social shopping last year, according to management consultancy McKinsey.

According to Martin, who joined Google this year from Nike where he was head of ecommerce in Greater China, YouTube plans to roll out its two pilot shopping schemes over 2023.

It is currently piloting its “affiliate marketing” scheme — paying commission to creators that sell products — with a select number of US-based creators. YouTube, the merchant, and the creator all take an undisclosed cut of the sale. Meanwhile, viewers in the US, India, Brazil, Canada and Australia are currently able to shop through Shorts.

YouTube will also pay creators 45 per cent of the revenue made through displaying ads between videos on Shorts from early next year.

Social media platforms are increasingly vying to attract online talent from the same pool of creators, in the hope of boosting broader user numbers and engagement in the face of rising competition from newer Chinese-owned entrant TikTok.

Success in the so-called social commerce market typically hinges on the relationship between creators and their followers where a huge personality can drive sales. In China, popular influencer Austin Li sold more than $1bn worth of goods in a single broadcast on Chinese shopping platform Taobao last year.

“It is very much an endorsement model, versus a more traditional advertising model or a paid-placements model,” Martin said. 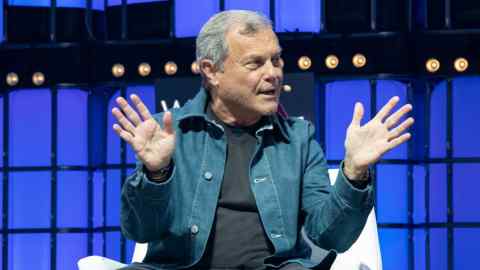 This form of shopping through products recommended by creators was proving popular among YouTube’s younger, Gen Z users, who favoured “queryless video-based interactions”, meaning they did not want to actively search for products, he said.

“That is the way they prefer to consume information about products, and Shorts are inherently shoppable from that perspective,” he added. YouTube’s Shorts channel alone now has more than 1.5bn monthly users, surpassing the 1bn users TikTok last publicly announced.

YouTube has also trialled live shopping, where viewers can buy products during a live video broadcast, but Martin said it had narrowed its efforts following a lack of sales from western users. It is now focusing on markets where it has become popular, such as South Korea.

“I think it’ll be a period of time before [live shopping] emerges at scale,” Martin said.

Amul COO tracks the journey to becoming the ‘Taste of India’

Crypto crash may leave ad-supported businesses with hole in budget

What Can Brands Learn from Coke’s Greenwashing Lawsuit Win?

Here’s why your tax refund may be smaller in 2023, the IRS says

Sebatechnology.com Review: Why is This Broker taking over The Trading…