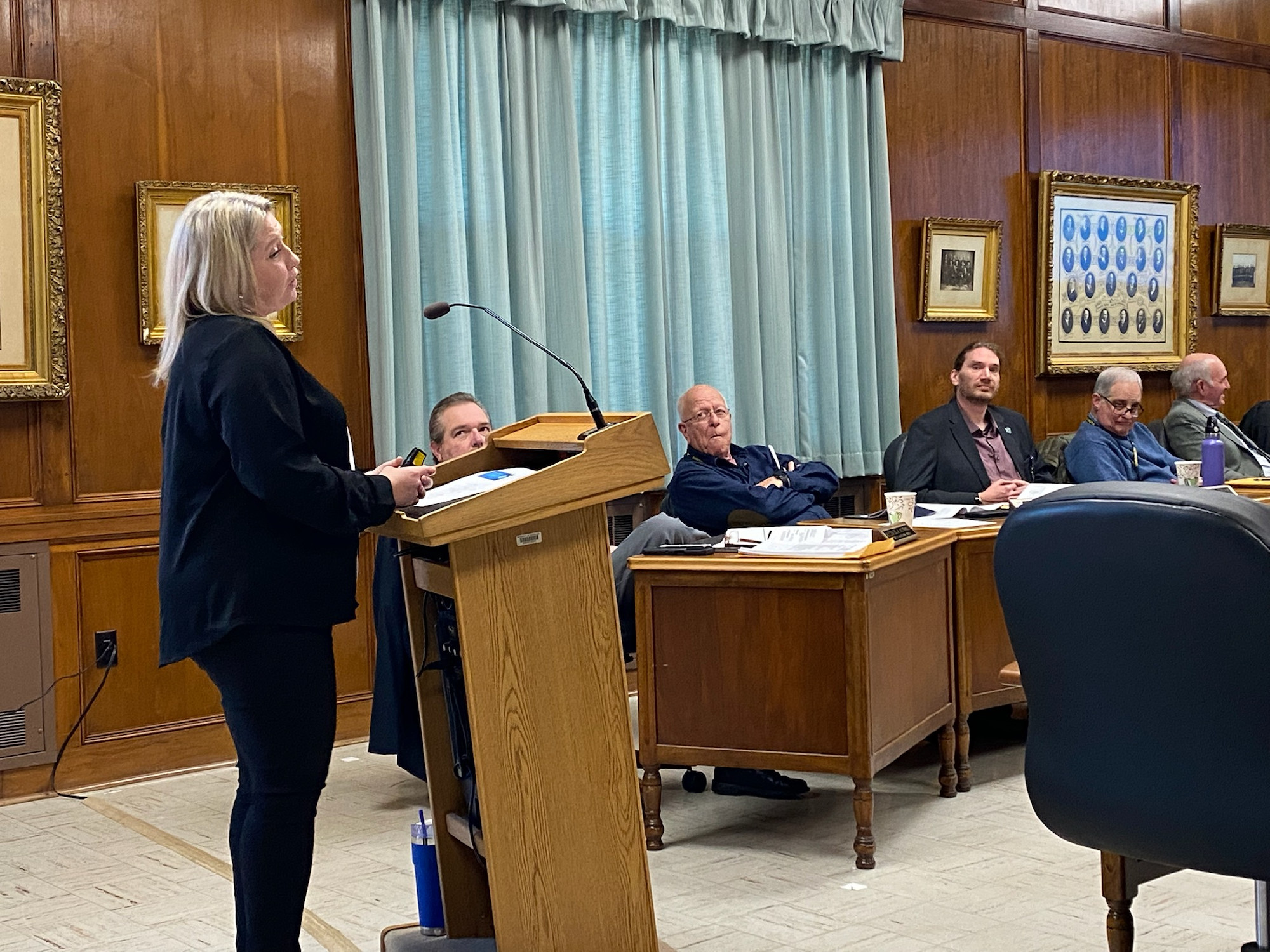 Fulton County Budget Director Alicia Cowan presents the county’s proposed 2023 budget at the Board of Supervisors meeting on Monday.

The Fulton County Board of Supervisors set a public hearing for the proposed budget on Nov. 29, with the board set to hold a budget workshop on Nov. 21.

The spending plan includes an average county tax rate of $10.82 per $1,000 in assessed home value, a 16-cent increase over last year’s rate.

Chairman of the Board Gregory Fagan said the council hopes to reduce the tax rate before the final budget vote.

“I’d like to see it go down to at least what it was last year ($10.66), and a lot of us would like to go even further,” Fagan said after Monday’s board meeting. “We always have a goal to go below $10, but I don’t know if that’s realistic. But I think we can at least get down below last year.”

The proposed budget includes a three percent salary increase for the supervisors and the chairman, who will now make $9,329 and $12,279 per year, respectively.

“Part of it is just trying to keep a salary where you’re going to get somebody interested,” Fagan said. “As a rule we follow what the general unit increases are. That’s our largest group of employees. The supervisors tend to follow the same raise that they would get.”

While the budget must be adopted by Dec. 20, Fulton County Administrative Officer Jon Stead said there is a chance the board could vote to approve the budget following the public hearing on Nov. 29.

“Likely there will be,” he said on Monday. “If we follow our past practice, we’ve been trying to have at least one full workshop and then sometimes a second meeting and then we’re tinkering on that final date with the public hearing. The board’s been adopting the budget on the date of the public hearing for the last decade or so.”

In a budget presentation to the board on Monday Fulton County Budget Director Alicia Cowan told the board that the $31,147,404 tax levy is $487,000 below the state-mandated tax cap.

Cowan said the budget process began in the spring with budget committee meetings held throughout August.

“We start the unofficial budget in April when we first start talking about capital projects,” she said following Monday’s meeting. “In June, the different departments start using our budget software to give us their requests.”

Stead stressed that the tentative budget is likely due to change before its final adoption.

“This is the first time the full board has even seen the budget today,” he said.

Stead noted that the board could reduce the $10.82 tax rate during its negotiations this month.

“We’re probably a little lower right now in the tentative budget in terms of an increase,” he said. “So I would anticipate that the board is going to work on it some more and probably make some more reductions in these next two sessions before they’re done.”

The proposed plan includes a 2.6 percent tax levy increase and a 17.3 percent increase in appropriations, a $17.3 million increase over the approved $100.2 million 2022 county budget.

Trump’s tax documents and what Congress can do with them, explained

Why the GOP Will Lose Its War on ‘Woke Wall Street’

BTC difficulty drops by the biggest margin since 2021

US debt explosion funded by Americans, not foreign countries, posing…