PAY ATTENTION: Сheck out news that is picked exactly for YOU ➡️ find the “Recommended for you” block on the home page and enjoy!

As the world woke up to the crash of FTX, a crypto exchange platform based in the Bahamas, about 3,500 dormant bitcoins from a wallet created on October 7, 2011, moved for the first in over 11 years.

A huge string of dormant bitcoins moved on Friday, November 11, 2022, after being idle for over a decade.

The bitcoins moved in batched

The more than 3,000 bitcoins are estimated at over $60 million and came from seven different BTC addresses formed on October 7, 2011. 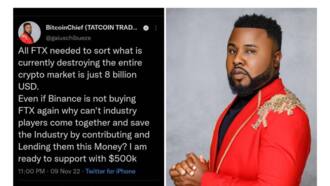 According to Bitcoin.com, it is the first large string of dormant bitcoins to wake up in months.

Reports say Btcparser.com saw them, and the owner of the addresses did not spend any of them or the cash coming from their sales or bitcoins (BSV) tokens.

The website said that 500 bitcoins from the batch of 3,500 came from the address 1roet and were established at the block height of 762.676.

Immediately after the owner moved them, another 500 BTC from another address was confirmed to have also moved. 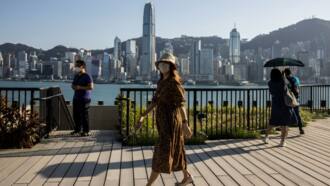 The bitcoins created during time of dip

It is still being determined why the owner of the bitcoins could not spend them for 11 years. They were not sold despite moving but were moved to another wallet and remained in one address.

Apart from the moving bitcoins, about 50 others from a wallet created on May 21, 20210, also moved for the first time in over 10 years. The owners should have spent them.

Legit.ng reported that following the liquidation of thousands of crypto traders, a Nigerian trader, Gaius Chibueze, has volunteered to donate $500,000 to offset investors’ losses on FTX. Asian stocks down after US midterms turn global markets red

This Bahamian cryptocurrency exchange collapsed on Wednesday, November 9, 2021. Chibueze, in a tweet, stated that the crypto industry needed to rally behind FTX and support with the required funds to bounce back.

According to him, what the exchange needed to sort out the issue and save the crypto industry from the imminent collapse was just $8 billion.

993.3 Billion SHIB Transferred, Half Moved by Binance, Here’s Where

This Week on Crypto Twitter: Genesis in the Spotlight as FTX Shockwaves Subside

Bitcoin price consolidation has shifted traders to these 4 altcoins

Putin Calls for International Settlements Based on Blockchain and Digital Currencies…

How low can the Bitcoin price go?