Johnny Mercer would have defected to Labour if PM had not offered him a Cabinet job, insiders


Johnny Mercer ‘would have defected to Labour’ if Rishi Sunak had not offered him a top Cabinet job as Veterans minister, Tory insiders claim

By Brendan Carlin Politicial Correspondent For The Mail On Sunday

Outspoken Tory MP Johnny Mercer would have defected to Labour if Rishi Sunak had not given him a plum Government job, it was claimed last night.

Tory insiders said Mr Mercer was made Veterans Minister amid mounting fears that he would otherwise jump ship to Sir Keir Starmer’s party.

The former Army officer was given the Cabinet-level post – which he held before under Boris Johnson – on the day Mr Sunak took over as PM.

A Tory source said: ‘There was a real panic that if Johnny didn’t get his old job back, he would walk. That was the real concern.’ 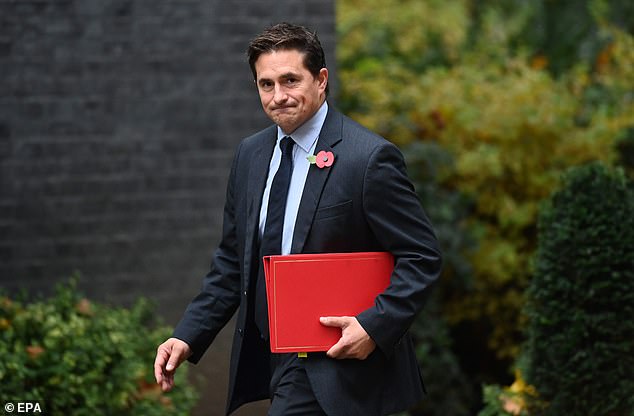 Johnny Mercer would have defected to Labour if Rishi Sunak had not given him a plum Government job, it was claimed last night. Mr Mercer is pictured entering 10 Downing Street on November 1

But close friends dismissed the defection rumour as ‘complete b******s’.

However, a former Cabinet Minister told The Mail on Sunday last night that rumours of Mr Mercer’s possible defection were so rife in the final days of Liz Truss’s Premiership that No 10 aide David Canzini was despatched to challenge the MP.

Ms Truss had angered the Plymouth MP by scrapping the Veterans Minister post when she entered Downing Street in September.

In an interview with former Labour spin doctor Alastair Campbell, Mr Mercer said Ms Truss had laughed at him when she told him.

The same interview, in Men’s Health magazine, also fuelled the defection suspicion when he was challenged to say how he would respond if local voters asked him whether they would be better off under Sir Keir’s Labour or Ms Truss’s Tories.

Mr Mercer paused, before saying: ‘I don’t know what to say. I’m not a libertarian.

‘The Tories can go in that direction, but I don’t have to.’ 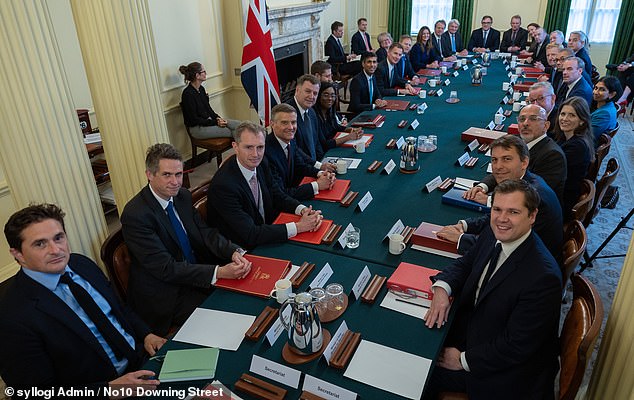 Conservative Party managers have already suffered one defection this year after Bury South MP Christian Wakeford crossed the floor to sit on the Labour benches in January.

But with Sir Keir’s party riding so high in the polls that one survey predicted only three Tory MPs would survive in a general election, the Conservatives have feared more of their MPs could jump ship.

However, Labour sources poured cold water on any idea of wooing Mr Mercer.

One MP said Mr Mercer was ‘vicious towards the Labour Party locally’, adding: ‘We would not want him.’

Read More: Johnny Mercer would have defected to Labour if PM had not offered him a Cabinet job, insiders

Here’s a first: Journalists and a U.S. citizen are suing NSO Group

Cabinet Minister Inderbir Singh Nijjar apologises for his remark on Punjabis : The…

Berri to ‘provide cover’ for cabinet session called for by Mikati —…

Our Cabinet League Table: Sunak drops from fifth from top to sixth from bottom. Hunt…

Ringgit retreats to open lower against US dollar