DECLINE ENDS:
The central bank softened its intervention in the local foreign exchange market by trading both ways as it sought to stabilize the NT dollar, a bank official said

Taiwan’s foreign exchange reserves last month reached US$542.79 billion, rising US$1.69 billion from a month earlier and ending three months of decline on the back of bond yields and value gains in other reserve currencies, the central bank said on Friday.

“The market appeared relatively stable last month compared with the preceding three months, although foreign funds continued to pull out of Taiwan on expectations of further monetary tightening by the US Federal Reserve,” Department of Foreign Exchange Director-General Eugene Tsai (蔡炯民) told an online news conference in Taipei. 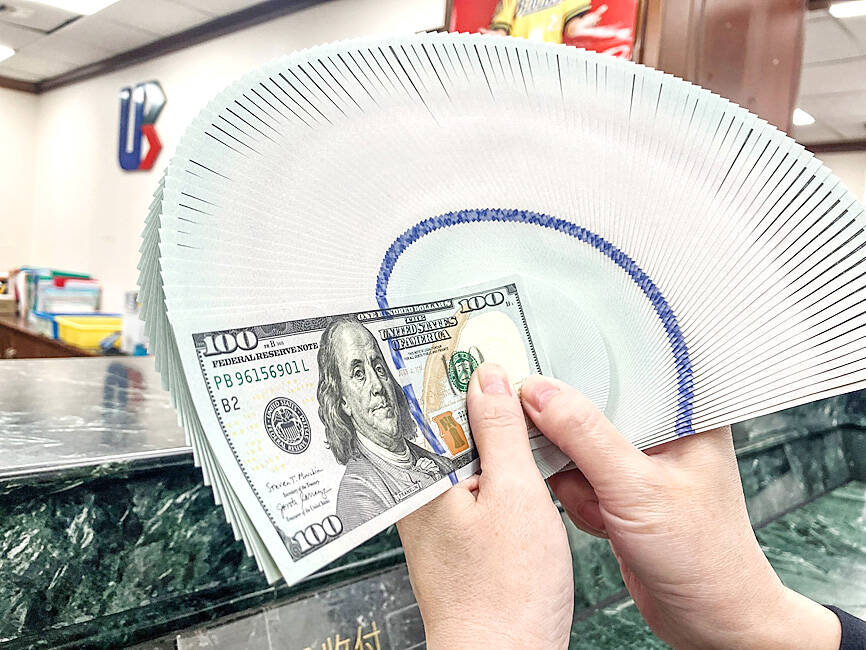 The trend is likely to remain for a while after the Fed indicated on Wednesday that it would make more interest rate hikes to fight inflation.

Global financial markets have largely priced in the Fed moves, accounting for a recent slowdown in capital outflows, Tsai said.

The New Taiwan dollar held steady against the US dollar last month and saw a tiny gain so far this month, he said.

The British pound advanced 4.73 percent versus the greenback last month, the euro gained 1.68 percent and the Chinese yuan picked up 2.28 percent, Tsai said.

The central bank softened its intervention in the local foreign exchange market by trading both ways, in a bid to stabilize the NT dollar, Tsai said.

The central bank had to aggressively sell US dollars in July, August and September, he said.

Tsai hesitated to say that the worst is over, citing economic headwinds that loom large at home and abroad.

Statistics show that Fed interest rate hikes do not necessarily accompany TAIEX corrections and NT dollar depreciations, Tsai said, adding that companies and investors are advised against panic selling in the local currency.

It is common for local exporters to trade US dollars for the local currency toward the end of the year to fund expenditures such as bonuses, he said.

Comments will be moderated. Keep comments relevant to the article. Remarks containing abusive and obscene language, personal attacks of any kind or promotion will be removed and the user banned. Final decision will be at the discretion of the Taipei Times.

Call for benefits uprating to help support those struggling with debt