Robinhood Markets (HOOD -2.18%) went public at $38 per share last July, and the online brokerage’s stock closed at an all-time high of $70.39 less than a week later. But over the past year, it tumbled below $10 as investors fretted over the company’s slowing growth, steep losses, and regulatory challenges.

However, one of the main regulatory headwinds for Robinhood — a potential ban by the Securities and Exchange Commission (SEC) on payment-for-order-flow (PFOF) trades — could finally be dissipating. According to several recent media reports, the SEC will stop short of banning all PFOF trades, but it could still take unspecified steps to limit their profitability. 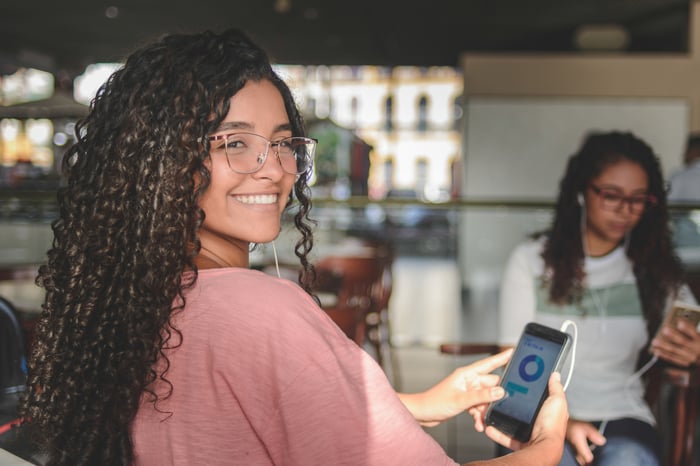 Why did Robinhood’s stock crash?

However, Robinhood’s pursuit of smaller and less experienced retail investors became a double-edged sword. Last year, Reddit-driven trading and stimulus checks drove those investors toward speculative meme stocks, risky option trades, and smaller cryptocurrencies in hopes of quick profits. As a result, its revenue surged 89% to $1.82 billion in 2021.

But as interest rates rose, the market rotated away from those riskier assets and toward more conservative investments. That downturn, which led to a full-blown bear market this year, caused Robinhood’s growth in monthly active users (MAUs) and average revenue per user (ARPU) to stall out.

As a result, the company ended the second quarter of 2022 with just 14.0 million MAUs, compared to 21.3 million MAUs a year earlier. Its ARPU also plummeted 50% to just $56. The average size of each Robinhood account (which is calculated by dividing its assets under custody by its net cumulative funded accounts) also declined 38% year over year to just over $2,800. Total revenue fell 43% year over year in the first half of 2022, and analysts expect a 25% drop for the full year.

Those dire numbers, along with ongoing losses, drove away the bulls. But even after that steep decline, Robinhood’s stock still doesn’t look like a screaming bargain at 6 times this year’s sales.

Does the SEC’s stance on PFOF trades change anything?

Robinhood subsidizes its commission-free trades through a PFOF system, which routes its orders through high-frequency trading (HFT) firms. HFT firms process so many trades that they’re essentially the “market makers” that determine the bid-ask spread of many stocks. Therefore, an HFT firm can fill a “commission-free” order — by executing the trade at the desired price for the individual investor — but still book a small profit from each trade.

In bulk, these trades are so profitable for HFT firms that they’re willing to pay brokerages “rebates” to route millions of orders through their machines. Proponents of this PFOF practice claim it’s a win-win-win situation: Investors get commission-free trades, the brokerage gains more customers, and HFT firms gain more orders and book more profits. Meanwhile, critics claim this practice prevents individual investors from ever getting the best price for a security, obfuscates the “real” prices, and makes markets more volatile with their rapid-fire algorithmic trades.

If the SEC bans all PFOF trades, Robinhood would likely need to start charging commissions. Many of its investors would probably balk at that idea, and its MAUs and ARPU would continue to wither.

However, an outright ban on PFOF trades never seemed like a viable option for the SEC, since many other major brokerages — including Morgan Stanley‘s E*Trade and Charles Schwab — also subsidize their commission-free trades with PFOF agreements. Retail investors have also grown accustomed to free stock trades.

A ban on PFOF trades would have caused major problems for Robinhood, but backing away from a ban also won’t generate meaningful tailwinds because it would merely retain the status quo. Moreover, the SEC could still generate headwinds for Robinhood (including lower payments from HFT firms) if it finds other ways to limit the profitability of PFOF trades.

Robinhood’s stock initially rallied on Sept. 22 in response to the news about the SEC, but gave up those gains by the end of the day. The reason was simple: Robinhood hasn’t solved any of its other pressing problems yet.

Instead, Robinhood recently revealed that its MAUs fell to just 13.3 million at the end of August, and that its assets under custody were still declining. Unless Robinhood stabilizes those ongoing losses, investors will continue to avoid its stock — regardless of what the SEC decides to do about PFOF trades.

BOJ’s Wakatabe warns risk of ‘Japanification’ not gone yet