Will ServiceNow Be Worth More Than Microsoft by 2030?

Today, ServiceNow’s stock trades at about $423 per share with a more modest market cap of $85.4 billion. Just like other richly valued tech stocks, ServiceNow lost some luster as interest rates rose over the past year. 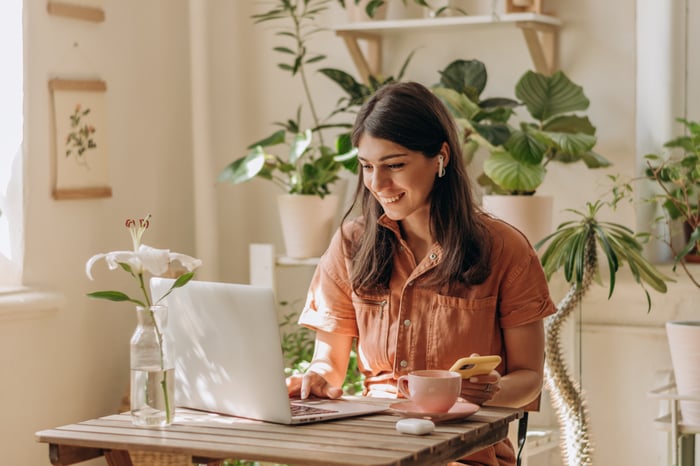 Nevertheless, ServiceNow has still generated massive gains for its initial investors and will likely continue to generate double-digit sales growth for years to come. So could ServiceNow continue to grow like a weed and catch up to the tech behemoth Microsoft (MSFT -0.09%) — which is currently worth $1.8 trillion — by 2030?

How rapidly did ServiceNow grow over the past decade?

ServiceNow helps companies manage their digital workflows on its cloud-based platform. Demand for those services, which replace unstructured work patterns with streamlined and automated tasks, has risen sharply over the past decade.

ServiceNow only served 602 customers back in 2010, but that figure rose to more than 7,400 at the end of 2021. Approximately 80% of Fortune 500 companies now use its services. Its annual revenue soared from $244 million in 2012 to $5.9 billion in 2021, representing a compound annual growth rate (CAGR) of 42.5%, and it became profitable on a GAAP (generally accepted accounting principles) basis over the past three years.

By comparison, Microsoft’s annual revenue rose from $69.9 billion to $198.3 billion over the past 10 fiscal years, representing a CAGR of 11%. Most of that growth was driven by its transition toward cloud-based services, which was primarily engineered by CEO Satya Nadella after he took the helm in 2014.

How rapidly will ServiceNow grow over the next eight years?

Management believes the growing need for streamlined digital business models, the accelerating adoption of cloud and AI services, and the rise of hybrid and remote work will enable ServiceNow to achieve that goal. It also believes the ongoing labor, supply chain, cybersecurity, and healthcare-related challenges will convince more companies to accelerate their digital transformations.

During ServiceNow’s latest conference call in late July, CEO Bill McDermott assured investors that the “secular digital transformation tailwinds are blowing stronger than the macro crosswinds” and that its “ironclad fundamentals will not waver” as it continues to expand.

ServiceNow hasn’t provided any long-term estimates beyond 2026. But assuming it generates $16 billion in sales in 2026, then continues to grow at a more moderate CAGR of 20% through 2030, it could generate $33 billion in revenue by the final year. Assuming it still trades at 12 times sales, it could be worth nearly $400 billion at the beginning of the new decade.

But it won’t be more valuable than Microsoft

That forecast implies that ServiceNow’s stock could more than quadruple over the next eight years. However, that would still only represent less than a quarter of Microsoft’s current market cap. As for Microsoft, it could generate more than $500 billion in revenue in fiscal 2030 if it grows its top line at a modest CAGR of 12% over the next eight years. If Microsoft still trades at eight times sales by then, its market cap would more than double to a whopping $4 trillion by the final year.

Simply put, there’s no viable path for ServiceNow to overtake Microsoft by 2030. But that’s not terribly important: ServiceNow stock could still generate much bigger gains than Microsoft if the company continues to grow its annual revenue by at least 20% every year through the end of the decade. That might seem like a tall order for most cloud-based software companies, but ServiceNow’s past performance and confident outlook suggest it can maintain that long-term growth rate.


Read More: Will ServiceNow Be Worth More Than Microsoft by 2030?

What Kroger, Walmart, Target learned from China about grocery’s future