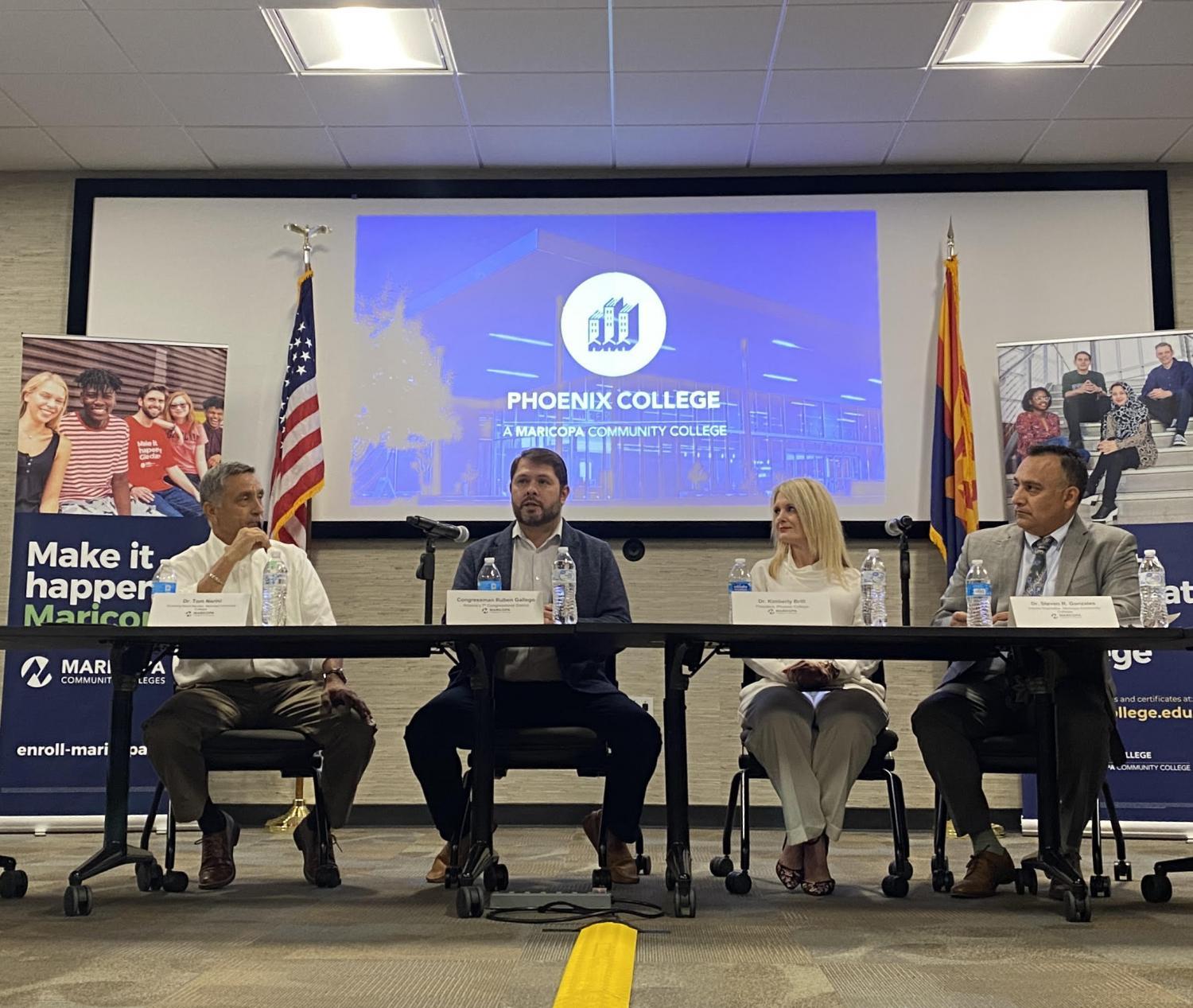 Nearly 900,000 Arizonans could benefit from Biden’s plan, which cancels up to $10,000 in student debt for low- to middle-income borrowers, and up to $20,000 for those who were Pell Grant recipients.

Les Braswell was one of the panelists at the roundtable. He said he graduated college in 2009 when the country was in the midst of an economic crisis.

“I’ve got friends who either couldn’t find work or they had to take jobs that didn’t match the skills that they had earned with their degree,” Braswell said. “This corrects a broken promise that taking on this debt would lead to greater economic success in the future.”

He and the other panelists said while this is a step in the right direction, more needs to be done at the state and federal level to make college more affordable. Gallego agreed.

“It drives me nuts when I meet some of my members of Congress who complain ‘Well when I went to college, it only cost me $600 a semester and a bag of chicken’ or something like that, whatever it was back in the day and that’s great,” Gallego said.

He said that’s because they benefited from a nationwide investment in public education that’s now lacking.

2022 is unlike any year investors have seen before. How to play it from here

10 tips for staying debt-free during the holidays

What Parent PLUS borrowers need to know about student loan forgiveness

SeaSpine Holdings (NASDAQ:SPNE) Has Debt But No Earnings; Should You Worry?

6 On Your Side: Consumer Confidence, How to Fight Back Against Medical Debt –…

1.3M Michiganders can apply for student debt relief in October