Here’s How Much Money You Need Saved Up to Have a $100,000 Income in Retirement 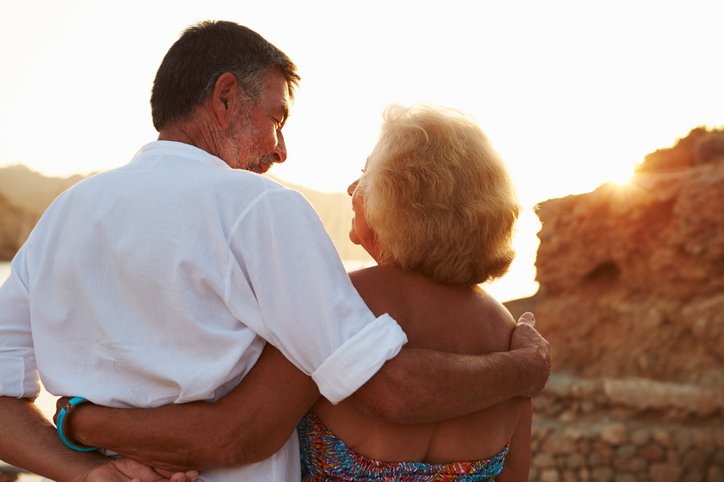 As scary as retirement finances may seem, planning ahead helps.

In an ideal world, we’ll all have enough to retire in style. I don’t necessarily mean annual trips abroad (unless that’s something you dream of), but rather, enough money to do the things that interest us while also covering the cost of living. The amount of annual income needed to achieve this goal varies, depending on where a person lives and what constitutes their “ideal” retirement.

We thought we’d figure out how much it would take for a person to retire with $100,000 coming in each year. For the sake of this illustration, let’s say the person retires with their full Social Security benefits at age 67. And let’s say the person exceeds the current average life expectancy of 79 and lives until they’re 85. That leaves them with 18 years of retirement to plan for.

The average Social Security retirement benefit as of May 2022 is $1,668. However, since the person in our scenario needs $100,000 per year in retirement, it’s safe to assume that they earned a bit more during their working years. Let’s say they were a higher-income worker and now receive $3,000 a month in Social Security benefits.

If our retiree follows the common advice to withdraw 4% from their retirement plan each year, they would need a total of $1.6 million in various retirement plans and other income-generating investments.

Withdrawing 4% annually for a total of 25 years could be unrealistic. While the current rate of inflation is high, the average rate between 1960 and 2021 was 3.8% annually. If we round up to 4% to be on the safe side, that means our retiree will do fine with $64,000 from retirement accounts and investments their first year of retirement, but would need $66,560 the next year to keep up with inflation. The next year, they would need $69,222, and so on. Either our happily retired friend cuts the amount of money they are willing to live on each year, or they deplete their retirement savings at a faster clip.

If they want to continue to receive $100,000 a year, they’ll need to save closer to $2 million to account for inflation.

This entire scenario is based on the idea that the retiree is never going to require the care of an in-home nurse or move into a nursing home. While that’s possible, it’s best to plan for the worst. Hopefully, our retiree purchased long-term care insurance while they were still working and a sudden illness does not wipe them out financially.

It may also be that as our retiree aged, they didn’t spend as much money and were able to draw less from their retirement accounts and investments.

The point is: There’s no way to know for sure what the future holds. The best any of us can do is to invest as much as we are able until our retirement date rolls around.

How to make the most of investing

The key is always to start young. That gives compound interest the time it needs to do its magic. If starting young is not an option, the key is to start today.

Historically, the S&P 500 has grown by 10% a year. Conservatively, let’s imagine that investments grow by 7% each year over the next few decades. Let’s also imagine that you’re able to put $12,000 a year into retirement. Here’s how it would look, depending on the age you get started:

The thing that makes any scenario challenging is that it’s impossible to account for all variables. While the person in our example wanted $100,000 annually, you may only want $60,000. Though the average rate of inflation typically hits around 3.8%, it could be higher or lower when it’s your time to retire.

If you’re not happy with the number you see here, consider adjusting your annual contributions. Some people add 1% more each year, while others cut something from their current budget (or take on a side hustle) to come up with more each month.

Read More: Here’s How Much Money You Need Saved Up to Have a $100,000 Income in Retirement

A year on, El Salvador’s bitcoin experiment is stumbling

Inflation May Save You Money on Your Taxes

He thought he ordered a book by a Black financial adviser. The Nazi symbols inside…

The Stock Market Is Reeling. What to Watch This Week.

Stocks crashing? No, but here’s why this bear market feels so painful —…

These 20 stocks in the S&P skidded as much as 21.5% during another brutal week…

Why I’m Not Worried About the Stock Market

As Trump’s Legal Woes Mount, So Do Financial Pressures on Him