How short term will global inflation be?


Investors were settling into the belief that inflation would subside next year with the threat of an economic slump sufficient to do the job of curbing prices. With a sigh of relief, they came to hope that all this would happen in good time to avoid much higher interest rates and a long and deep downturn.

They even invented the pivot, the likelihood that the US Federal Reserve and other central banks would early next year be cutting rates to stave off recession.

But Jay Powell, the Fed chair, used his speech at the Jackson Hole central bankers conference to seek to bury that idea.

He spoke briefly, but fiercely. He made clear that the Fed has only one aim, the reduction of inflation. Rates will go higher and stay higher to bring this about. It may well cause some economic damage, but to the Fed that is a necessary price to prevent inflation embedding in the conduct of employers, employees and consumers.

This tough talking duly wiped the smile off equity market investors as they realised this meant stalling turnover and falling profit margins.

Bond market investors were seemingly less intimidated, implying by their moves that they still feel inflation will come down next year and further substantial hikes in US interest rates on longer-term government debt would not be needed.

The US is in a stronger position than most of the rest of the democratic world because it is self-sufficient in gas and produces much of the oil and other energy it needs.

President Joe Biden’s fight against inflation has centred around the motor fuel price, where it has already come well down as crude oil prices have fallen. He has been less concerned about signs that some wage rises are reaching new high levels, as he sympathises with organised labour at a time of a cost of living squeeze.

In Europe the choices are altogether starker. Inflation is still going up due mainly to the giddy climb in the cost of energy. Meanwhile, the economic slowdown is already pronounced, notably in Germany and Italy, as consumers feel the impact of gas and electricity prices. 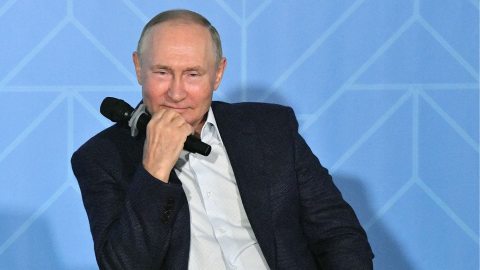 It is true that Putin’s removal of a substantial portion of Europe’s gas supply under the pretext of needing to maintain pipelines or to punish countries for refusing Russia’s trading terms has added considerably to the economic strains.

It is also true that Europe was going to have energy troubles anyway this coming winter, as its policy of a rapid transition from fossil fuels to renewables started to reduce energy availability.

Europe is stuck with high and rising energy prices taking an increasing share of incomes, leaving the prospect of reduced demand, squeezed profits and lower employment from non-energy purchases. It also drives up the costs of most products and services as they need energy.

Europe’s energy issues will take time to resolve. The dreadful war in Ukraine grinds on with no early prospect of a peace. Russia’s reputation as a reliable trading partner is long damaged, so the need to diversify away from Russian gas remains.

Europe faces more than one winter having to accept a hit to living standards from expensive energy, a need to restrain energy usage, and stagflation as a result. As China suffers from a hot summer, from drought and its tough anti-Covid policy, the world economy looks to the US for leadership.

The markets may still get their pivot some time next year, but before they do we need to see if the Fed will be satisfied with its work on inflation.

I am awaiting better opportunities to spend the cash. The time is approaching when a better return will be offered on longer dated bonds. When markets and the Fed think inflation is under control these will then look attractive. The US bonds offer the best potential given where their rates are already and the stronger position the US enjoys over energy. We need to see more of the economic slowdown before additional shares are a must have for the portfolio.

Sir John Redwood is chief global strategist for Charles Stanley. The FT Fund is a dummy portfolio intended to demonstrate how investors can use a wide range of ETFs to gain exposure to global stock markets while keeping down the costs of investing. john.redwood@ft.com

Read More: How short term will global inflation be?